Why we have so few women leaders

Personality expert Tomas Chamorro-Premuzic took aim at the pervasive bias towards choosing men over women in leadership positions. The numbers are incontrovertible – as a percentage of the workforce we should expect between 40% and 55% of top leadership roles to be held by women, but the numbers hover between 4 and 6%. 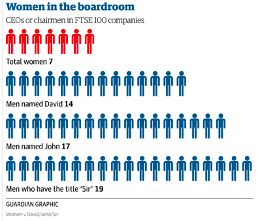 Why are there more men than women? A couple of answers come to mind right away. The first is perception. For example, men show higher levels of confidence than women, yet confidence is not the same as competence. Chamorro-Premuzic points out this leads to a surplus of incompetent but confident men being promoted, because they are perceived as being more capable.

We are suckers for quick first impressions and first impressions seem to favour men. An excellent study by Katie Badura and colleagues showed that more interactions and longer periods interacting with women reduced the bias towards male leaders:

The second reason is that women are less likely to show up as potential leaders (or show leadership emergence) compared to men. Partly that is because a single man in a group is more likely to assume leadership than a single female in a group but also because if women acts assertively, decisively or forcefully, she tends to be judged negatively for those behaviours (which we call sexism). There is evidence that female leaders hold inaccurate and negative views of how others perceive their leadership behaviours compared to their male counterparts – that is, they judge themselves poorly, whereas men are more likely to rate themselves positively.

These factors combine to create (still) a sexist culture when it comes to seeing women as leaders. For example, think of the language we use: why is it that a woman who is a leader is a woman leader while a man is simply a leader? Or consider data from many tech or finance firms dominated by ‘bro cultures’ women are systematically overlooked for advancement. 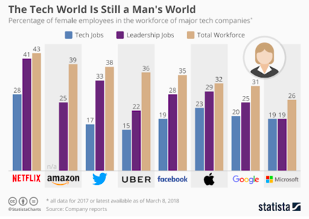 Yet the evidence is very clear that women are just as effective leading as men. Research just published this year reveals that across:

There are no substantive differences in leadership outcomes between men and women. There are fewer women in leadership roles and they are identified less frequently than men, but it has nothing whatsoever to do with their effectiveness.

In fact, this research did find differences in leadership behaviours, even though these did not translate into leadership effectiveness. Women, for example engage in more effective leadership behaviours than do men, such as transformational leadership styles, listening and be responsive to staff needs and considering the negative impact of their decisions. In contrast men tend to display a larger number of ineffective or derailing behaviours, such as ridiculing subordinates, lying and breaking promises, and failing to give appropriate credit.

How to get more women into leadership roles.

Winsborough are committed to the idea that everyone should be well led. You can learn more about how we can help your organisation here.