The benefits of team conflict 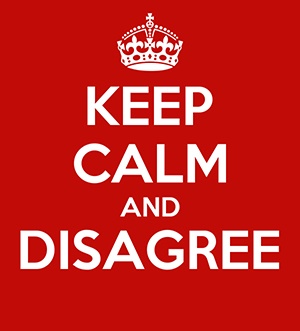 Who doesn’t experience disagreement and tension as uncomfortable? At work people prefer to work with people more like them, reducing disagreement and promoting that feeling of getting along. Yet research shows that decision-making teams benefit from disagreements about the task.

Working together is better for performance of any task that can’t be done by one person alone. When the decision to be made is complex and depends on balancing multiple needs, teams make better decisions than individuals – but if the decision is obvious and doesn’t require discussion and debate there is no need for a team to be involved at all.

Conflict, contesting ideas and disagreement is essential to the decision-making process.

However, the need to get along usually trumps the value of disagreement. Our need to get along means controversial topics are sidestepped in favour of points that carry less interpersonal risk, which leads to artificial harmony. Worse, argument can be shut down because it is seen as wasting time or unproductive.

leads to a lack of diversity.

We select people similar in behaviour or values to us. This is a recipe for group think; lack of diversity leads to many of the problems faced by the executive teams that we work with.

One team we worked with was struggling with team members re-litigating decisions and working around ‘agreed’ processes. Team profiling revealed how similar members were – all procedure oriented with no big picture thinkers. Processes were implemented without thinking through practical considerations and time spent building a shared view was considered time wasted. As the well-known United States journalist and writer Walter Lippman put it: when everyone thinks alike, no one thinks very much.

We find that teams rarely use data and science when selecting members – hiring is based on functional skill and similarity.

So how to have productive conflict when members are all similar, or conflict averse?

There are three parallel approaches we take:

The first we use with senior management teams emphasises the need for people to understand and appreciate each other’s roles as representing different organisational goals and interests.  If the team is working well then conflict should be seen as those goals are traded off against each other. We have team members complete a role clarity exercise for each other – which enables them to look through each other’s eyes and highlights the different drivers and needs of each role. This exercise encourages members to understand that they aren’t meant to agree, and that disagreement is built in to the work of the team.

The second is to help team members learn to stay with and tolerate disagreement.  This requires having them create a psychologically safe space in which we deliberately slow down and *not* solve a problem until all views have been tabled, team member’s feelings also surfaced, and disagreements and their root causes clear to all. Learning not to close down tense discussion or difficult feelings is hard work! But the very best teams keep practising until they are able to share openly their doubts, concerns, fears and feelings about the topic, the process and each other.

Finally, we teach teams to step back from their functional roles and place the decision in context: what is the task, what is the best outcome and what does the organisation (or customer, or stakeholder) need from them.  We make sure all senior leadership teams are clear about what success looks like in the short, medium and long terms.

Disagreement runs counter to our inbuilt need to get along, and being part of a team places that need front and centre.  Yet it is a mistake to think that team harmony leads to being good – it is much easier to feel connected with team members when the team is winning and doing its’ best work.