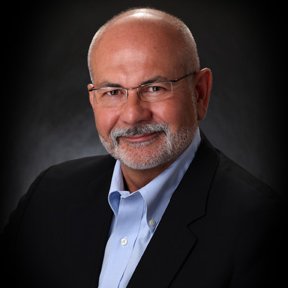 A major line of research for astrophysicists is the detection of dark matter. Initial theories about the formation of the universe predicted its expansion would slow over time, yet observations have shown the opposite is occurring. Our theories about the formation of the universe cannot explain this and other related phenomenon without the addition of a mysterious, difficult to detect substance that is believed to make up 85 percent of the universe. The direct observation of dark matter has been a major goal of many quantum and astrophysicists, but up until now we have only been able to infer its existence through observation.

So, what does dark matter have to do with high potential identification? Quite a bit, actually. Just as dark matter cannot be directly observed, candidates’ potential for leadership also cannot be directly observed. Organisations make inferences about leadership potential early in people’s careers, and these decisions have considerable consequence. Organisations differentially invest in high potential development, and we know of one Fortune 50 company that spends 70 percent of its annual leadership development budget on a small group of high potentials. The other 25,000 leaders not making the short list are left to fight over the scraps.

The most common method for determining potential involves managers’ judgements. Leaders are asked to identify those with the most potential in their business units or functions, and candidates are then reviewed with fellow leaders in calibration meetings. There are two major problems with this approach. First, as Peter Drucker pointed out over 20 years ago, managers are lousy judges of talent. It turns out that loyalty, self-confidence, and strategic sucking up are bigger factors than talent for many high potential lists. Because incompetence begets incompetence, this is more likely to happen when those making high potential picks are in their roles for precisely the same reasons. Second, because of conflict avoidance and the unfamiliarity of candidates from other functions, most calibration meetings tend to be back slapping affairs rather than serious discussions of talent.

Another way to determine leadership potential is to evaluate candidates’ personality and mental abilities. Research shows these assessments can tell organisations whether candidates have the right stuff to assume key leadership positions: smart, ambitious, self-confident, resilient, goal-oriented, and hard-working individuals who get along well with others tend to be more effective leaders than those who are lazy, difficult to get along with, or have problems making decisions. Using data makes for better high potential selection decisions, and this approach also can identify individuals who may not make managers’ short lists but turn out to have real talent for leadership. The two problems with this approach are that managers tend to discount data that runs counter to their beliefs and these two indicators cannot tell whether candidates can actually build teams. The latter is an important consideration, as smart, loyal, and confident suck-ups often do well on personality and mental abilities assessments but end up being lousy leaders because of their inability to build teams.

Because high potential candidates are being groomed for roles where they will need to lead teams and get results through others, we believe it is important to consider the ability to build high performing teams when identifying leadership potential. TQ, or the ability to build high performing teams, is an individual difference variable that can be reliably and accurately measured. Some candidates are good at building teams, whereas others struggle to get staff working together to accomplish common goals.

The combination of personality, mental abilities, and TQ scores can accurately separate the posers from those who can build loyal followings and create cohesive, goal-oriented teams. Managers’ judgements and calibration meetings are still part of this high potential identification methodology, but these occur after the data has been gathered and are available for all to see.

Gordy Curphy is the founder of Curphy Leadership Solutions and the creator of The Rocket Model™, a framework and set of tools for boosting team performance which can be used to diagnose team dynamics, and provide leaders with specific tools and activities to improve team performance.